Over the past few years, the use of electric scooters has grown significantly around Europe. Countries such as Germany, France, Austria and Switzerland have all legalised electric scooters for use on both public roads and pavements. However, in the UK the use of privately owned electric scooters is currently illegal on public highways. As a result, they are confined to private land with permission from the landowner.

From May 2020, the use of electric scooters was legalised but limited to approved hire schemes in Portsmouth, Southampton, Derby, Nottingham, the West Midlands and Wales only. This provided individuals with the ability to use an electric scooter in public with some restrictions and rules in place to ensure the safe trial of these schemes and has since expanded to cover more UK cities. As of June 2019, the electric scooter has proven to be extremely popular within these areas and for many, has already become a popular form of transport.

So, what does this mean for the future of the electric scooter not only in the UK but around the globe? If electric scooters were legalised in many more European and global cities, what impact could they have on the way we use transport and our environment?

Currently, road transport (cars, busses and trams) account for a third of all NOx emissions in Europe. They are the dominant source of such emissions in urban areas. On top of this, the European Environment Agency has estimated that road transport contributes to around 70% of nitrogen dioxide (NO2) production and an estimated 30% for particulate matter (PM). These statistics alone are a clear indication of the unsustainability of current transport methods. Would it be possible for electric scooters to become the new norm for transport within cities?

With the current public transport methods, we see vast inefficiencies leading to unnecessary emissions and pollution. Outside rush hour the majority of public transport remains relatively empty; we see large busses, trains and trams carrying only a handful of passengers. This leads to unnecessary pollution, congestion and particulate matter building up in larger cities, and as a result, there are many areas in which locals are suffering as a result. Electric scooters may prove to be a fantastic alternative for a number of reasons.

Firstly, they’re extremely efficient at transporting a single person. This would allow individuals to travel from one location to another, without waste. Should a person travel from A to B using their scooter instead of a bus, they will reduce the demand for busses and ultimately reduce the number of buses on the roads. Scooters can also replace cars in built-up, already congested areas. In these areas, cars are consistently stuck in traffic, wasting fuel and causing frustration for drivers. Being small and agile, multiple scooters could be used as a replacement for a car for many inner-city journeys. They can then be folded up and placed under the desk at the workplace, also reducing the demand for car parks in built-up areas.

This solution would help to improve the efficiency of our cities, allowing them to develop into thriving hubs in which sustainable living has become the new norm. With the right government policies, they may one day become the most common mode of transport in many modern cities.

When will electric scooters become legal in UK?

Why buy an electric scooter 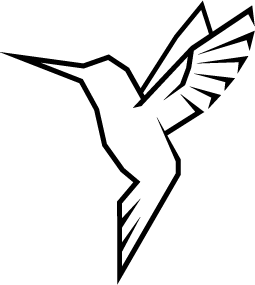 When you visit our website, it may store information through your browser from specific services, usually in the form of cookies. Here you can change your Privacy preferences. It is worth noting that blocking some types of cookies may negatively impact your experience and limit the services we are able to offer.